Apache Doris is a high-performance, real-time analytical database based on MPP architecture, known for its extreme speed and ease of use. It only requires a sub-second response time to return query results under massive data and can support not only high-concurrent point query scenarios but also high-throughput complex analysis scenarios. Based on this, Apache Doris can better meet the scenarios of report analysis, ad-hoc query, unified data warehouse, Data Lake Query Acceleration, etc. Users can build user behavior analysis, AB test platform, log retrieval analysis, user portrait analysis, order analysis, and other applications on top of this.

Apache Doris was first born as Palo project for Baidu's ad reporting business, officially open-sourced in 2017, donated by Baidu to the Apache Foundation for incubation in July 2018, and then incubated and operated by members of the incubator project management committee under the guidance of Apache mentors. Currently, the Apache Doris community has gathered more than 300 contributors from nearly 100 companies in different industries, and the number of active contributors is close to 100 per month. Apache Doris has graduated from Apache incubator successfully and become a Top-Level Project in June 2022.

Apache Doris now has a wide user base in China and around the world, and as of today, Apache Doris is used in production environments in over 500 companies worldwide. More than 80% of the top 50 Internet companies in China in terms of market capitalization or valuation have been using Apache Doris for a long time, including Baidu, Meituan, Xiaomi, Jingdong, Bytedance, Tencent, NetEase, Kwai, Weibo, and Ke Holdings. It is also widely used in some traditional industries such as finance, energy, manufacturing, and telecommunications.

As shown in the figure below, after various data integration and processing, the data sources are usually stored in the real-time data warehouse Doris and the offline data lake or data warehouse (in Apache Hive, Apache Iceberg or Apache Hudi).

Apache Doris is widely used in the following scenarios:

The overall architecture of Apache Doris is shown in the following figure. The Doris architecture is very simple, with only two types of processes.

Both types of processes are horizontally scalable, and a single cluster can support up to hundreds of machines and tens of petabytes of storage capacity. And these two types of processes guarantee high availability of services and high reliability of data through consistency protocols. This highly integrated architecture design greatly reduces the operation and maintenance cost of a distributed system. 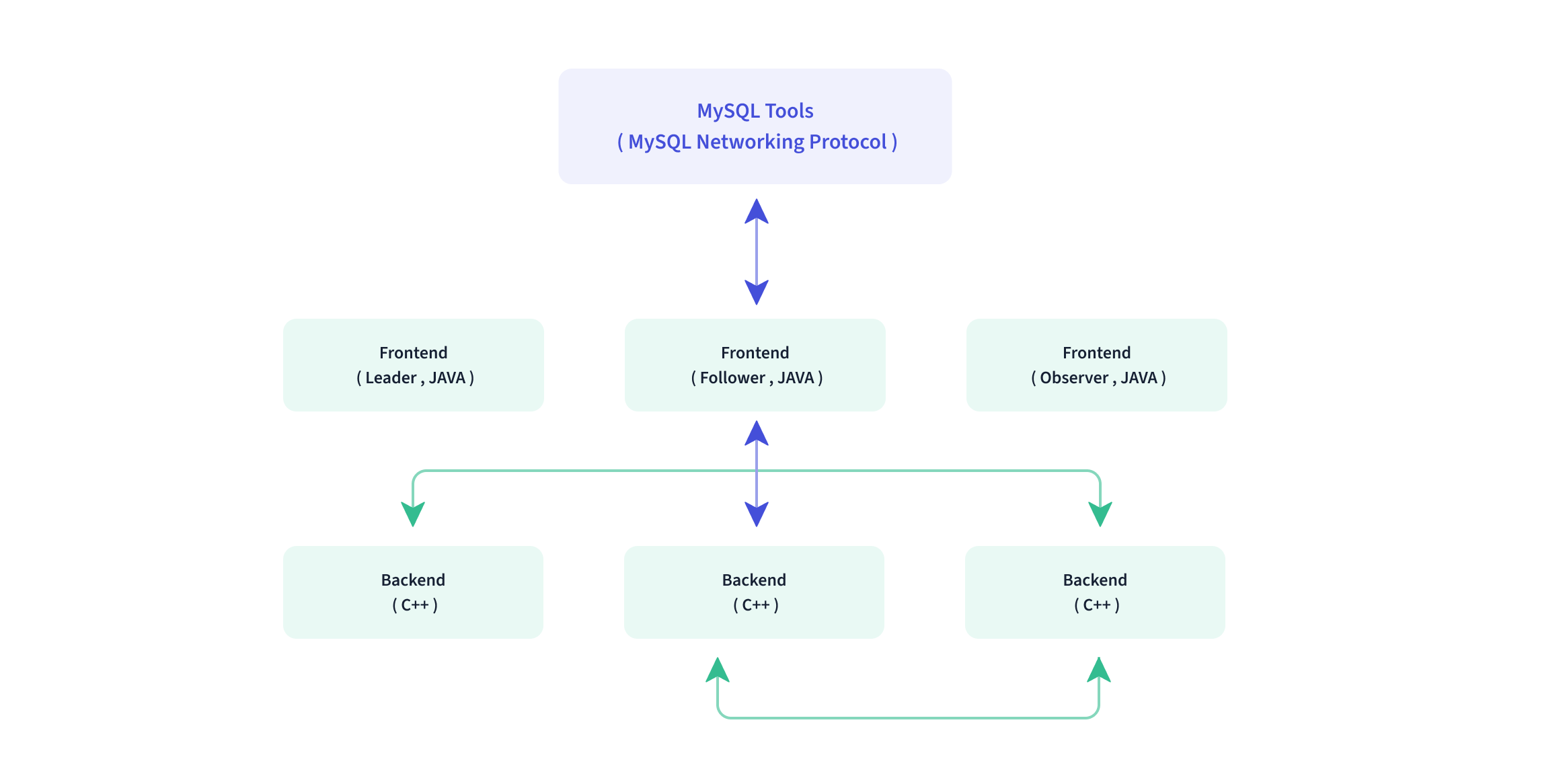 In terms of query engine, Doris adopts the MPP model, with parallel execution between and within nodes, and also supports distributed shuffle join for multiple large tables, which can better cope with complex queries. 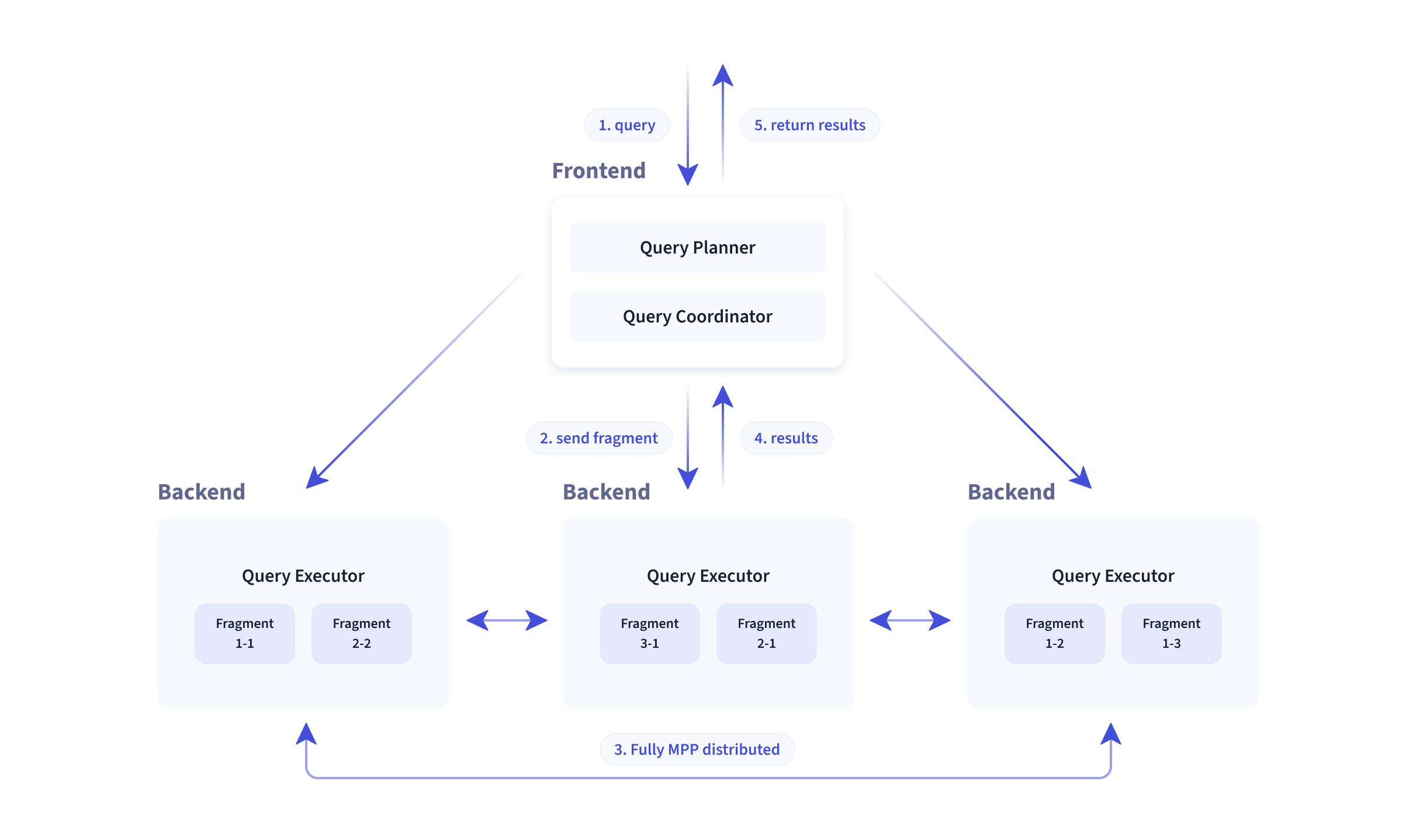 The Doris query engine is vectorized, and all memory structures can be laid out in a columnar format to achieve significant reductions in virtual function calls, improved Cache hit rates, and efficient use of SIMD instructions. Performance in wide table aggregation scenarios is 5–10 times higher than in non-vectorized engines.

Apache Doris uses Adaptive Query Execution technology, which can dynamically adjust the execution plan based on runtime statistics, such as runtime filter technology to generate filters to push to the probe side at runtime and to automatically penetrate the filters to the probe side which drastically reduces the amount of data in the probe and speeds up join performance. Doris' runtime filter supports In/Min/Max/Bloom filter.